International Seminar “Democracy and Leadership: Priorities and Challenges for Indonesia’s Chairmanship in ASEAN 2023” 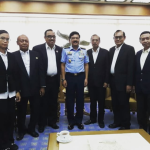 International Seminar
“Democracy and Leadership: Priorities and Challenges for Indonesia’s Chairmanship in
ASEAN 2023” 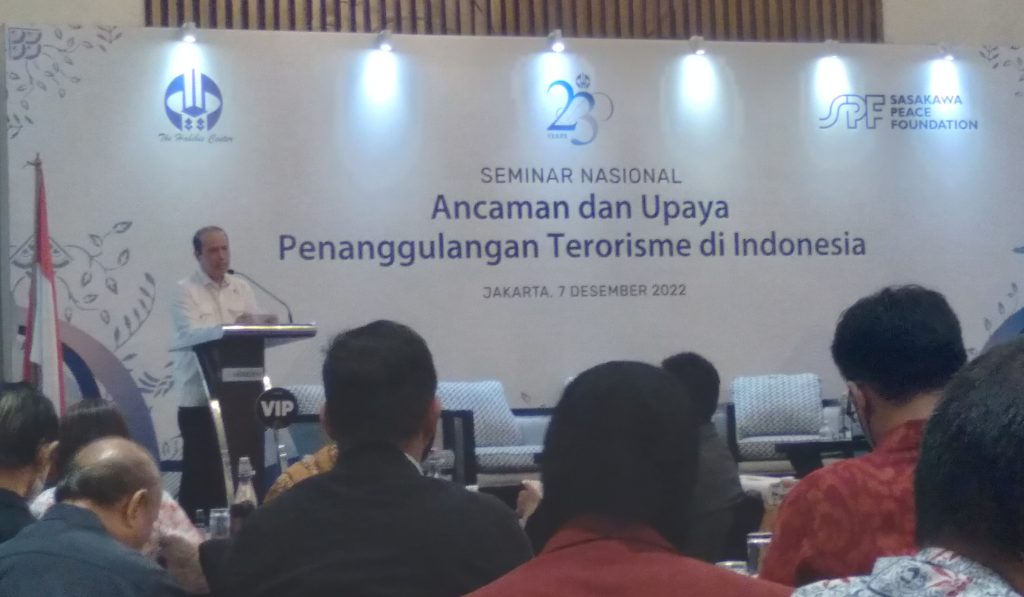 JAKARTA – On Wednesday, 07 December 2022, The Habibie Center held its international seminar entitled “Democracy and Leadership: Priorities and Challenges
for Indonesia’s Chairmanship in ASEAN 2023”. This particular international seminar
featured I Gede Ngurah Swajaya (Special Advisor to the Minister for Foreign Affairs on
Regional Diplomacy) as keynote speaker, Andi Widjajanto (Governor, The National
Resilience Institute of The Republic of Indonesia/Lemhannas), Yose Rizal Damuri
(Executive Director, Center for Strategic and International Studies) and Yuyun
Wahyuningrum (Indonesian Representative for ASEAN Intergovernmental Commission
on Human Rights) as speakers, with Shofwan Al Banna Choiruzzad (Associate Fellow, The Habibie Center) as the moderator.   The years 2022 and 2023 are monumental to Indonesia’s standing as a global and
regional leader. Indonesia has presided over the G20 since December 2021 and is set to
lead 19 states and the European Union in the upcoming G20 Summit—the most critical agenda for the group—in November 2022. Indonesia’s role in hosting this year’s G20 meetings and its affiliated plans has facilitated collaboration to address global
challenges, prominently in three priority issues: global health, digital transformation, and sustainable energy transition.   Towards the end of 2022, Indonesia will also embark on its ASEAN Chairmanship after
receiving the leadership baton from Cambodia.   Indonesia’s contributions to ASEAN, both with and without the chairman status, have innovatively enhanced ASEAN’s standing as a regional organization. For instance, the Treaty of Amity and Cooperation was built upon the Bali Concord I and signed in Indonesia in 1976. The ASEAN Community departed from the Bali Concord II, a document signed during Indonesia’s chairmanship in 2003. Indonesia has also immensely contributed to ASEAN’s evolution as a regional institution, as most aptly demonstrated by pressures from constituents and leaders in Indonesia to adopt the ASEAN Charter and formulate the ASEAN Outlook on the Indo-Pacific.   Indonesia has also been a persistent supporter of a regional solution to settling the South China Sea dispute and constantly advocates for finalizing the Code of Conduct. Indonesia must address at least two regional challenges during its scheduled
chairmanship in ASEAN. The first challenge will be facilitating conflict resolution in
Myanmar. Addressing political instability, mass atrocities, and violence across the
country necessitates a comprehensive approach to account for the historical roots of multiple ethnic-based conflicts in Myanmar.   The political instability has also been exacerbated by the 2021 military coup, pointing to the worrying state of democracy and human rights in the region.   With observers deeming the Five Point Consensus a failure, Indonesia should play an essential role in ensuring commitment across relevant parties in addressing the Myanmar Crisis to abide by the consensus or, possibly, explore new mechanisms to address the conflict.   The objectives of this seminar were to: (a) examine and explore priorities of and
challenges to Indonesia’s 2023 ASEAN Chairmanship in upholding the values of
democracy and human rights; and (b) explore alternative solutions for Indonesia in
maintaining national and regional political stabilities.       Contact: